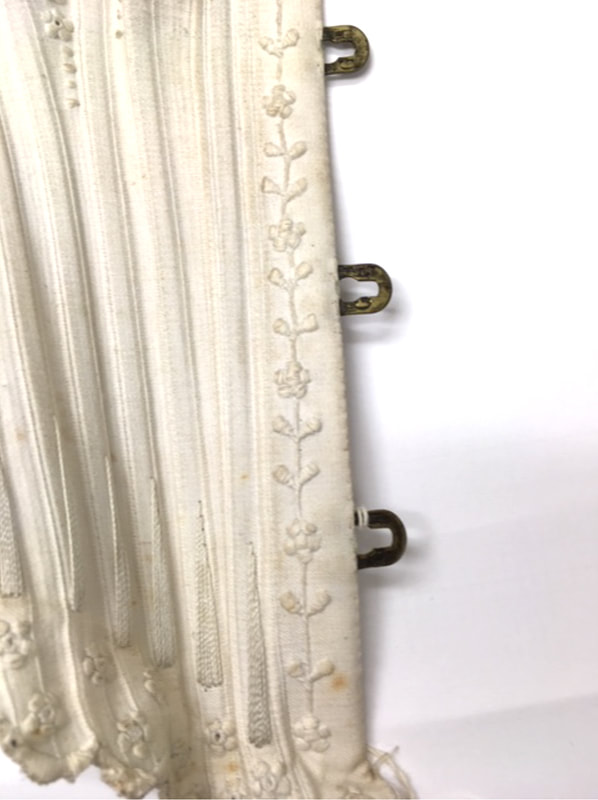 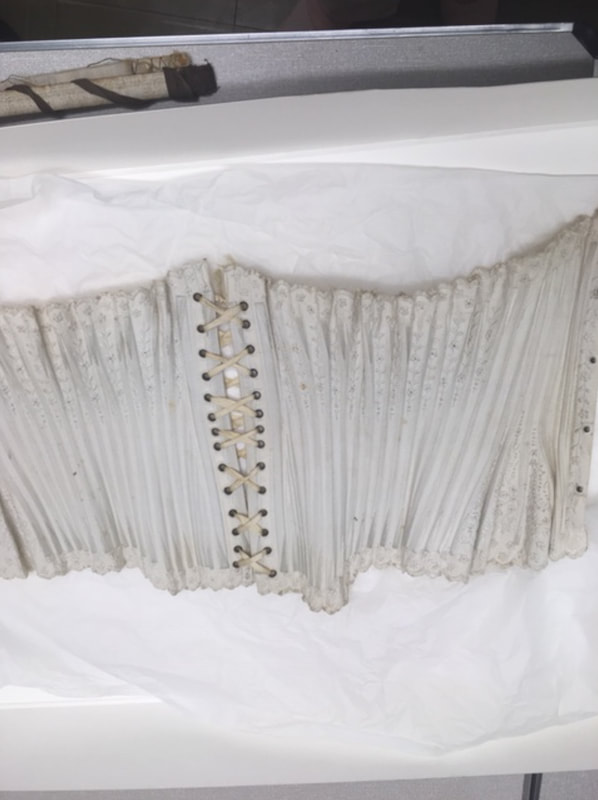 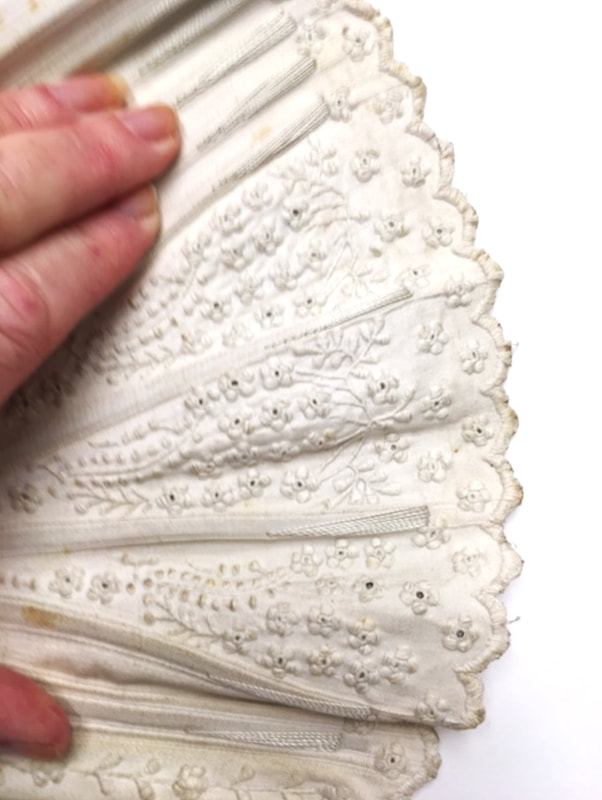 THE fairlynch corset
by Jill Salen

​The Fairlynch Costume collection is an interesting mix.  Budleigh Salterton has a long history of people retiring here, as well as sea side visitors, and the collection reflects this: there are dresses for all occasions - from beautiful silk dresses for an embassy ball in Paris c1830, to a milkmaid’s cotton dress c1900. I have concentrated on the ladies, but there is also an extensive collection of military costumes and some handsome men’s hand embroidered silk waistcoats c1780.

Many of the garments in this collection originate from Miss Joyce Gawne, co-Founder and President of the Fairlynch, who enjoyed the theatre and produced many plays and pageants in Budleigh Salterton. From her books in the collection it’s clear she has a deep interest and knowledge of dress history, and this is also evident in the beautiful garments she collected.  There are also many special garments from local families, all well provenanced.

It was a surprise to discover, in a box of petticoats for pageants and display, a manufactured corset c1868-73 - so exciting! I was able to date it as there is a similar example in the Kyoto collection in Japan.

This unprovenanced corset at Fairlynch dates from a time when women were becoming more liberated and had started taking part in archery, croquet, golf and cycling.   Organisations such as the Rational Dress movement were having their impact. This corset would have allowed freedom of movement whilst assisting the wearer to retain their fashionable silhouette.  It has forget-me-nots embroidered with holes in their centres allowing aeration of the garment.

The corset is made of cotton, sophisticated in its structure, lightly whale boned with a steel fastening busk at its centre front and lacing at its centre back.  Corsets, worn by all women, persisted until the 1920s and for some women as late as the 1980s.  I have seen a revival of corset wearing in my lifetime in the 1990s, but they are worn for completely different reasons; for the first 400 years it was about being respectable.

The practical minded will wonder how the corset would have been cleaned: corsets were always worn over cotton or linen chemises which would help to keep them clean, however there are also references to rubbing the corsets with white bread.

How did the Fairlynch corset end up forgotten in a box with petticoats?  Over the last 50 -100 years I expect it was useful in plays and pageants. It was a comfortable shape and as it was only a white cotton garment it was probably not seen as exotic enough to warrant attention, but by 2019 when originals from 1870 are rarely found it has become an exciting piece in the collection.
Jill Salen is a specialist in historical costume, a lecturer and author of Corsets published in 2008, Vintage Lingerie: Historical Patterns and Techniques (2011) and Vintage Swimwear: Historical Patterns and Techniques (2013).

She discovered the Fairlynch Costume collection in 2018 when researching her next book and became a volunteer after retiring to Budleigh Salterton the following year.